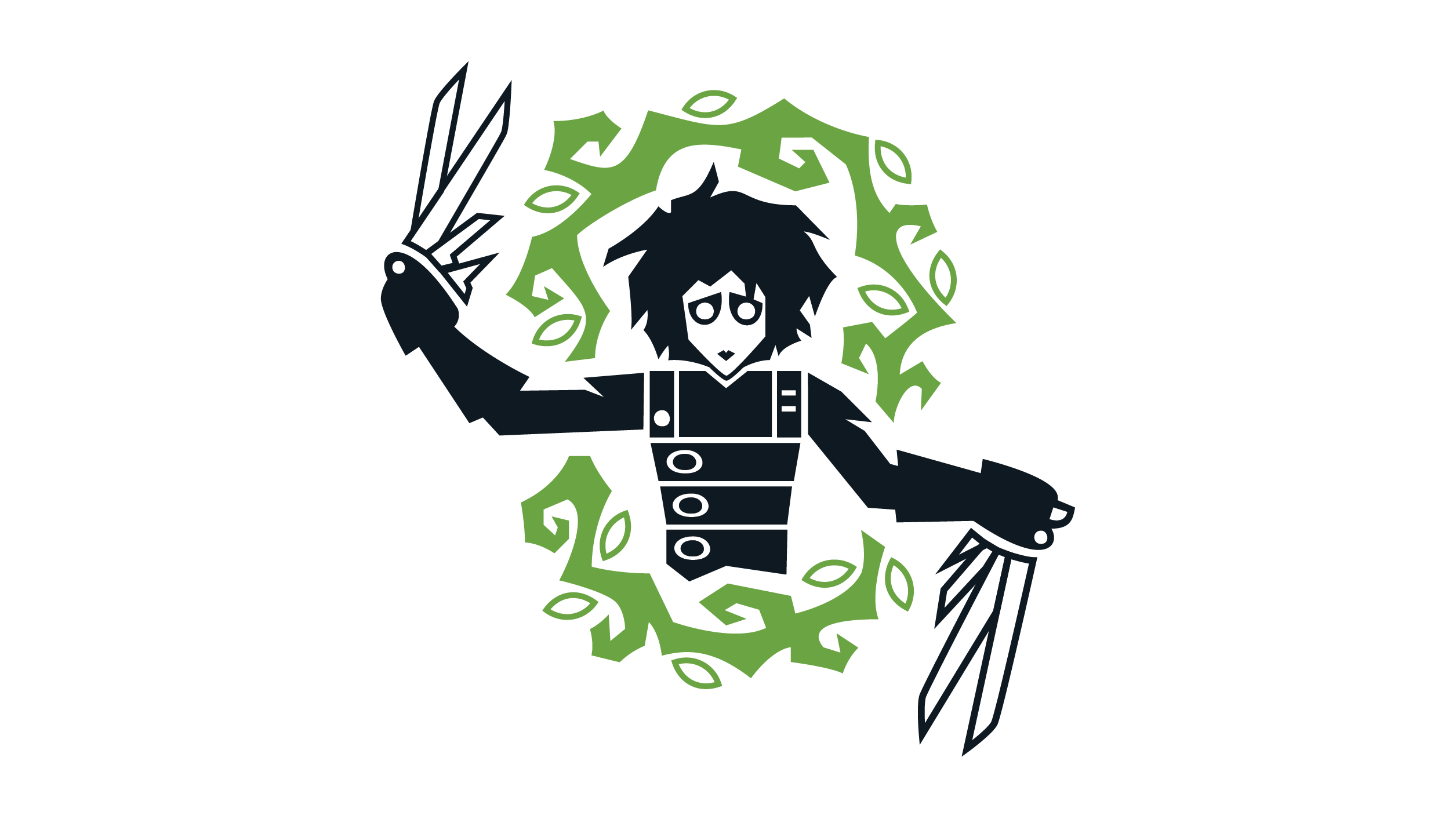 The challenge was to create a vector symbol that represents a specific character. This project was focused on the famous Edward Scissorhands.

Edward Scissorhands is the main character of a popular live action Tim Burton film in the 90s. It is a bittersweet story about a kind, man-made character who was left unfinished due to his inventor’s passing. He was introduced to a neighbourhood where many humans lived and made a close friend. People were afraid of his sharp hands and gothic appearance at first. He became known for cutting hedges and trees into impressive masterpieces. 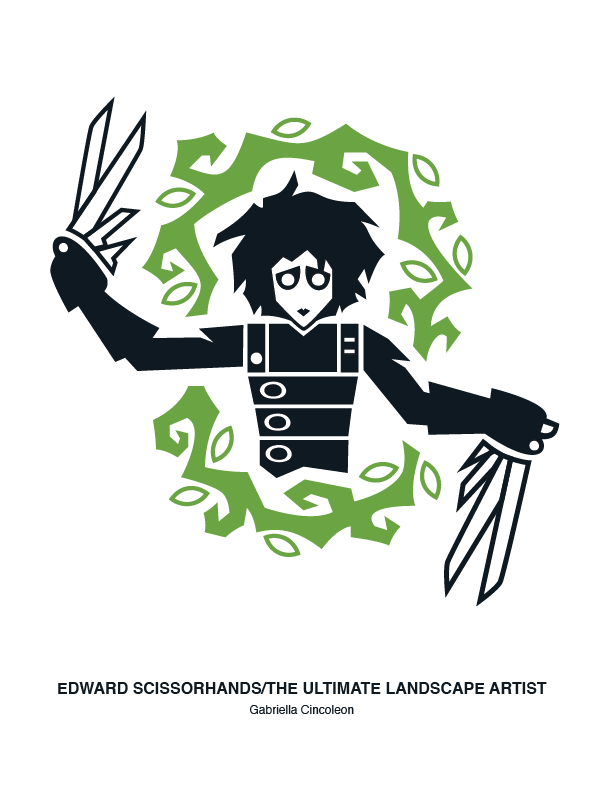 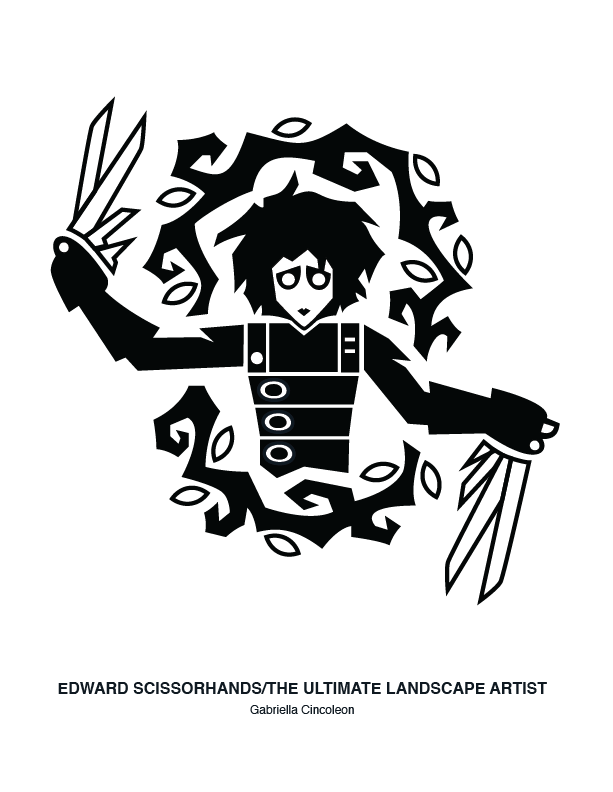 This final execution clearly represents Edward Scissorhands’ characteristics. His facial expression was captured very well and displays the emotional side of his story. The arms extend outside of the surrounding vine, showing motion as it looks like he is cutting through the stems and leaves. This symbol focuses on his creative ability of using his scissor hands. The colour palette includes light green and dark, navy blue. The contrast between the light and dark colours reflect both the happy and sad emotions in the story. Areas such as the hair, arms and vine have very sharp edges that represent his physical appearance while the rounded eyes itself strongly expresses his pure and kind personality. Overall, This is a strong symbol that is legible from large scale to small scale and even works in black and white. 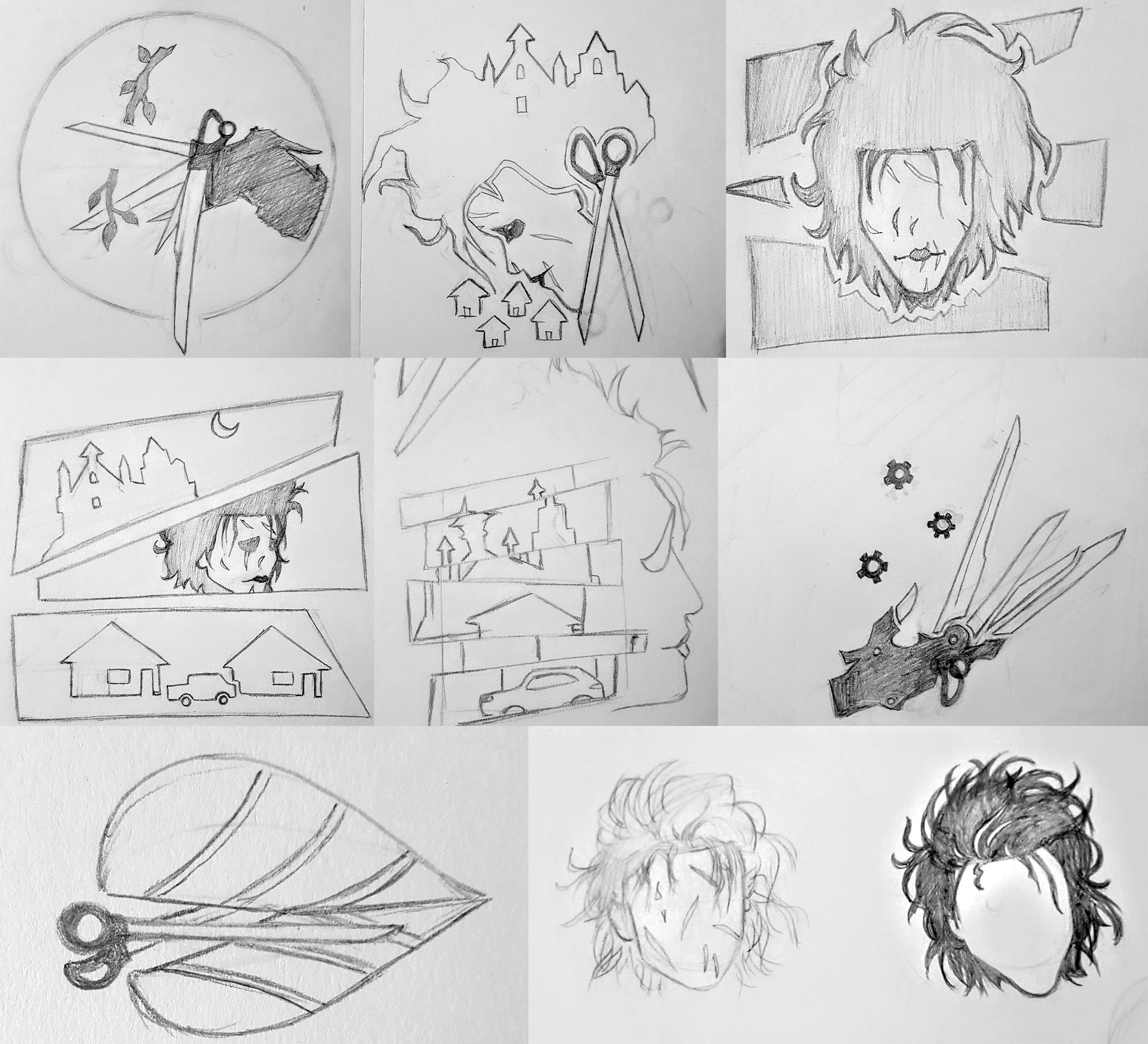 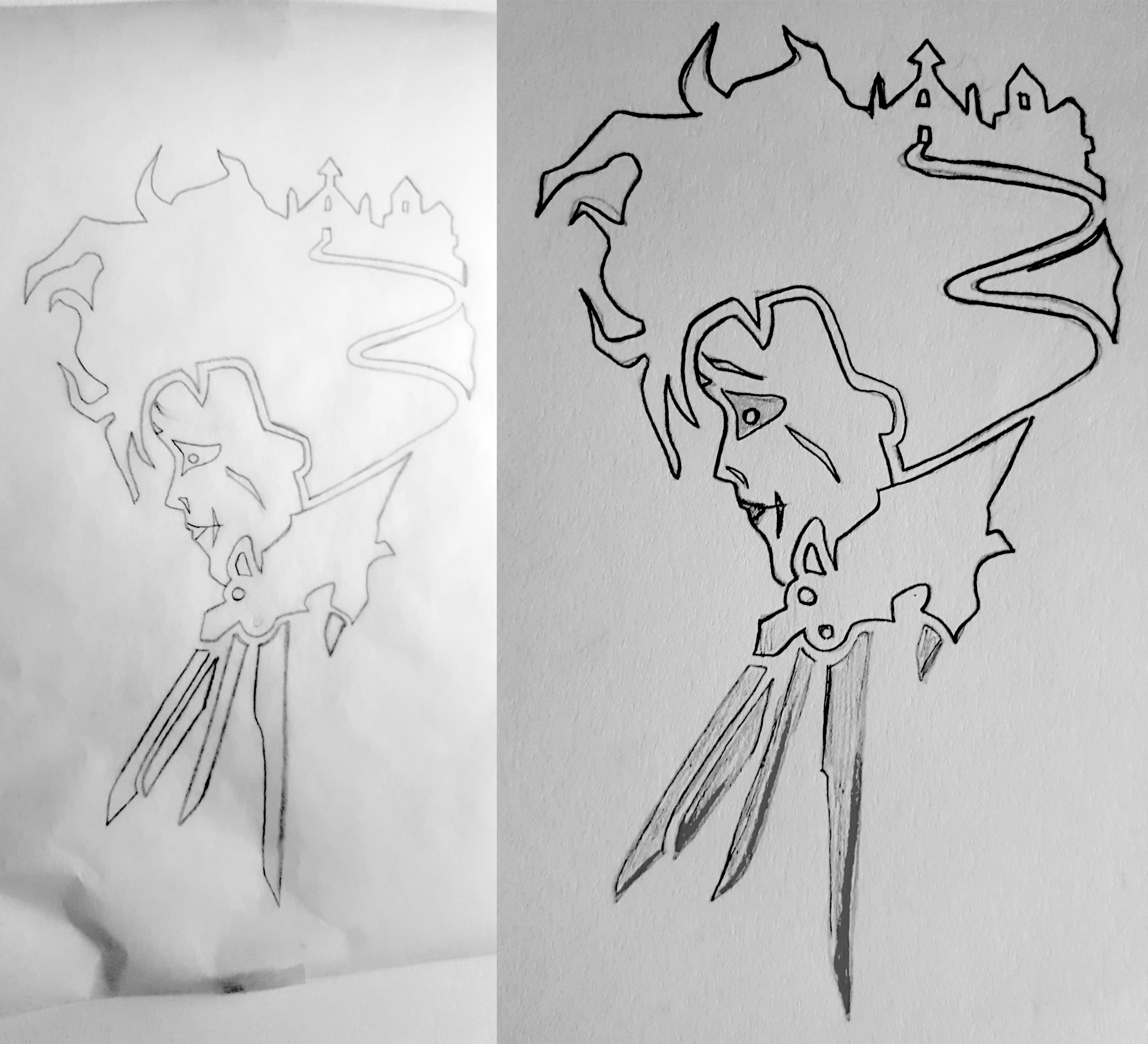 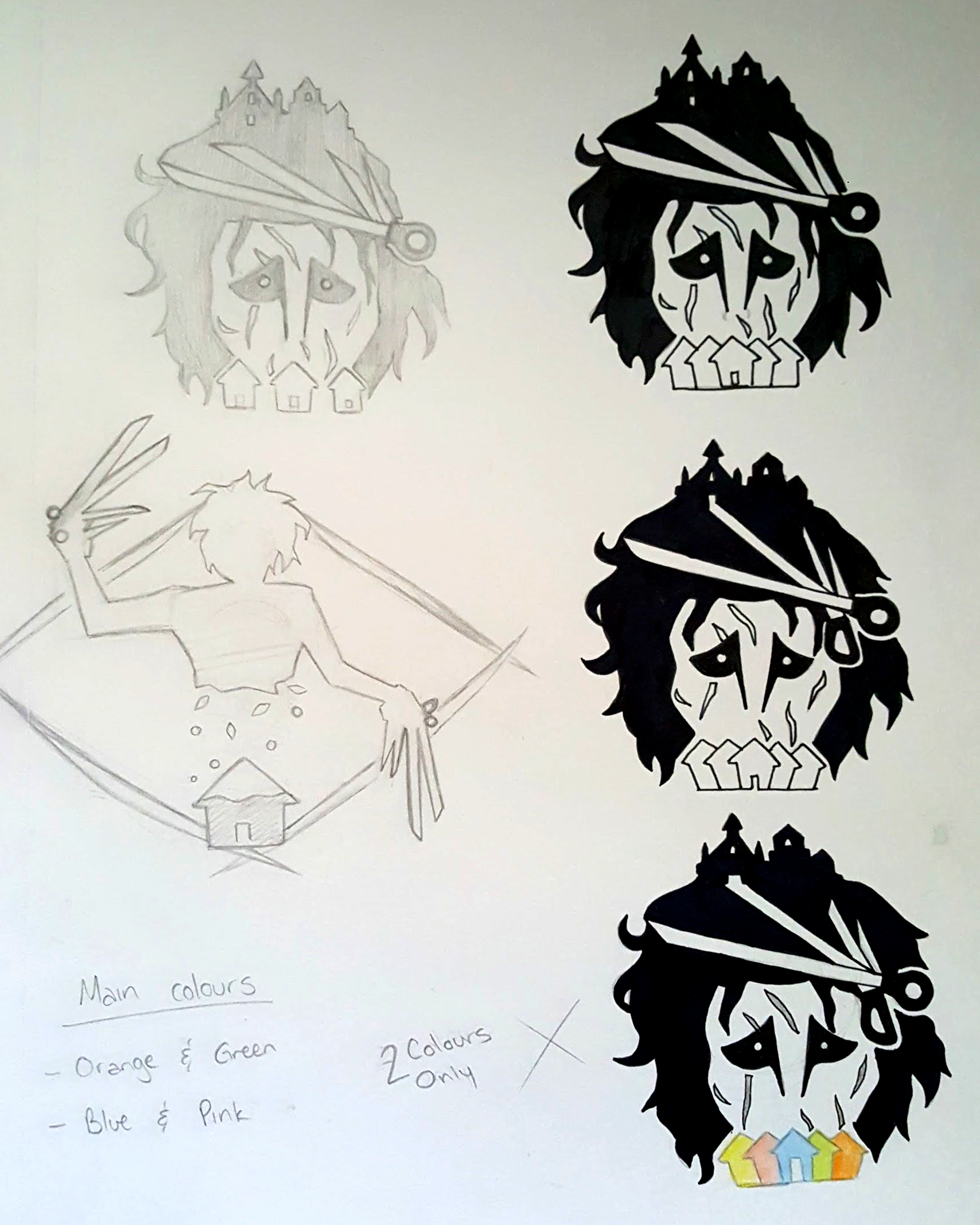 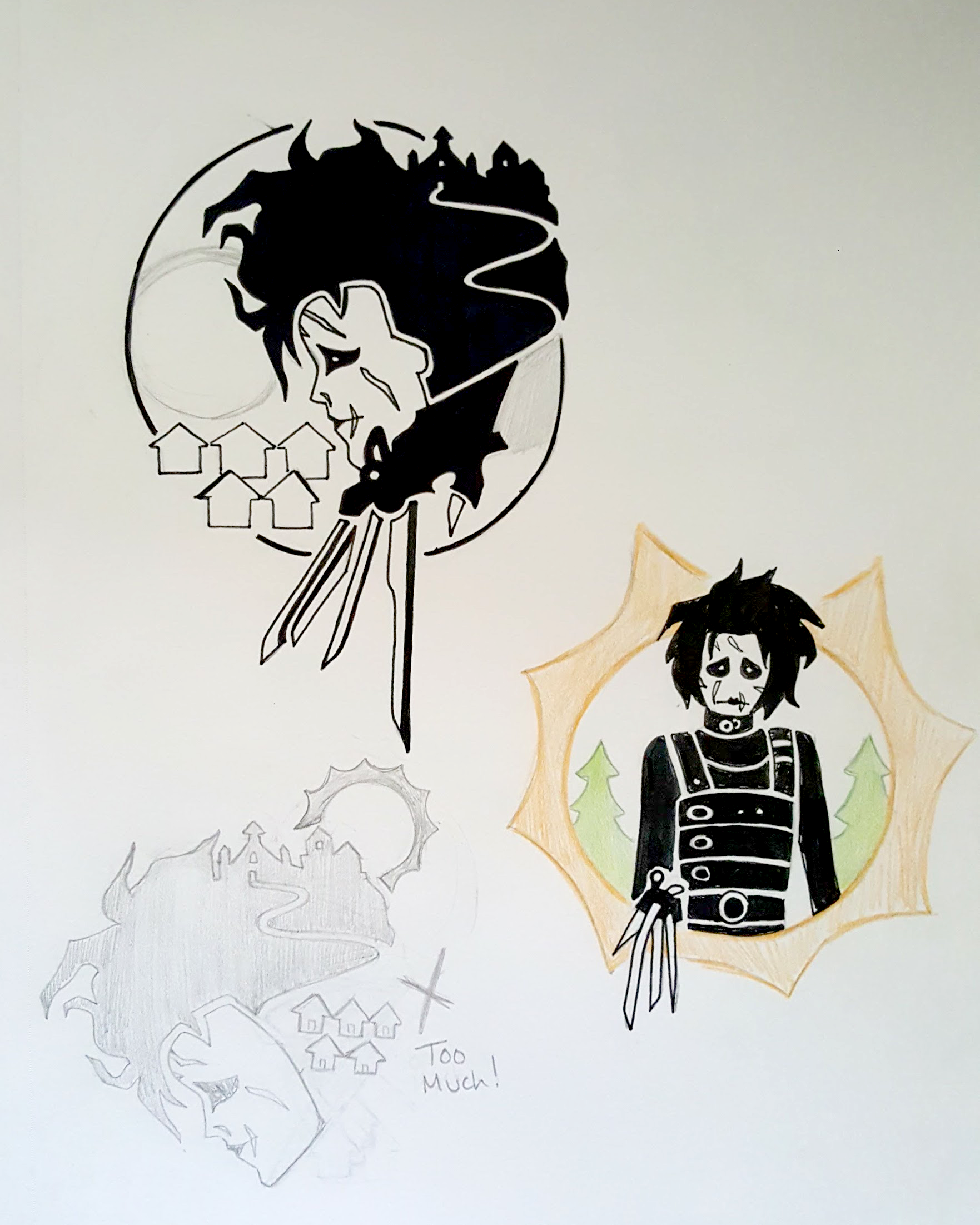 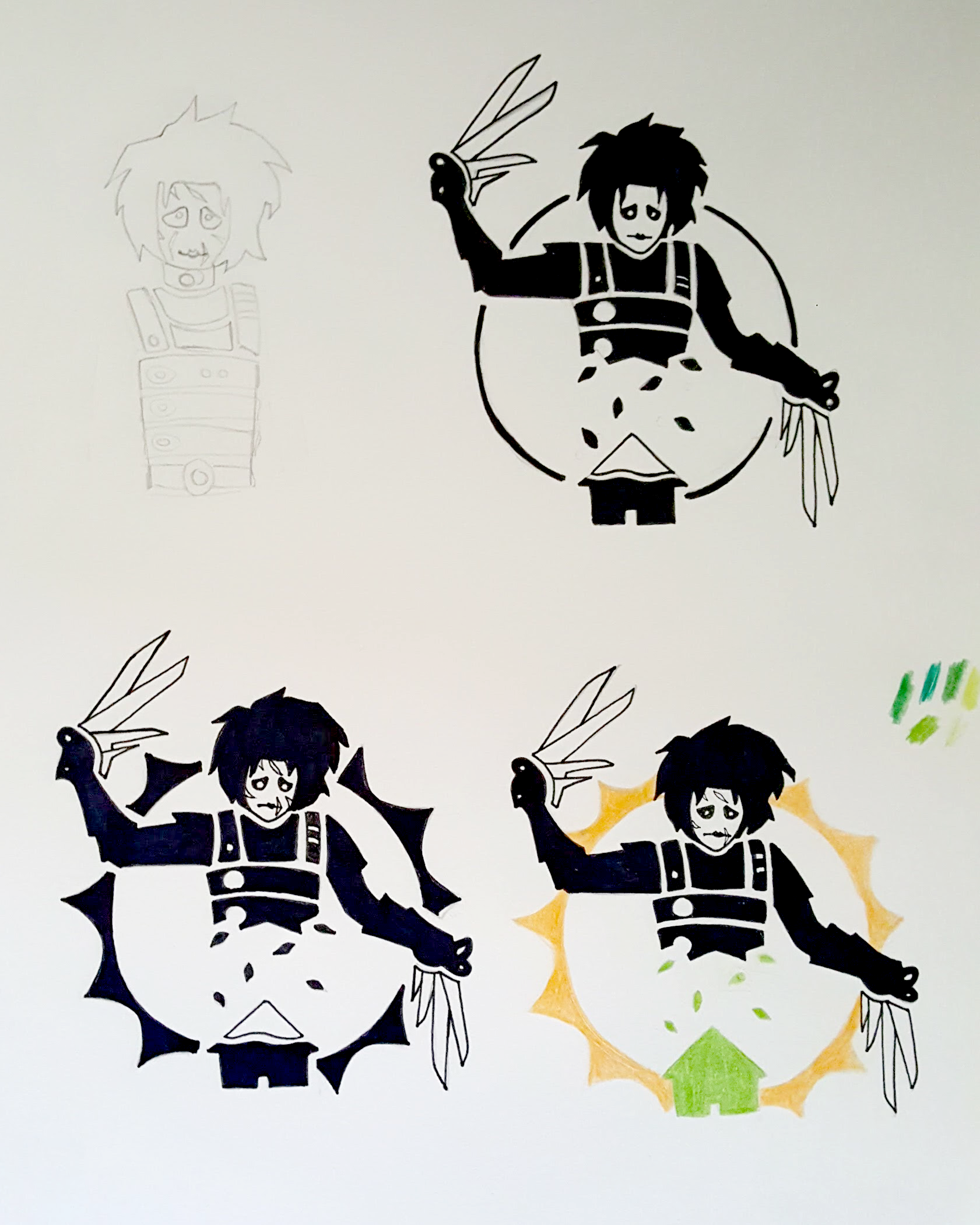 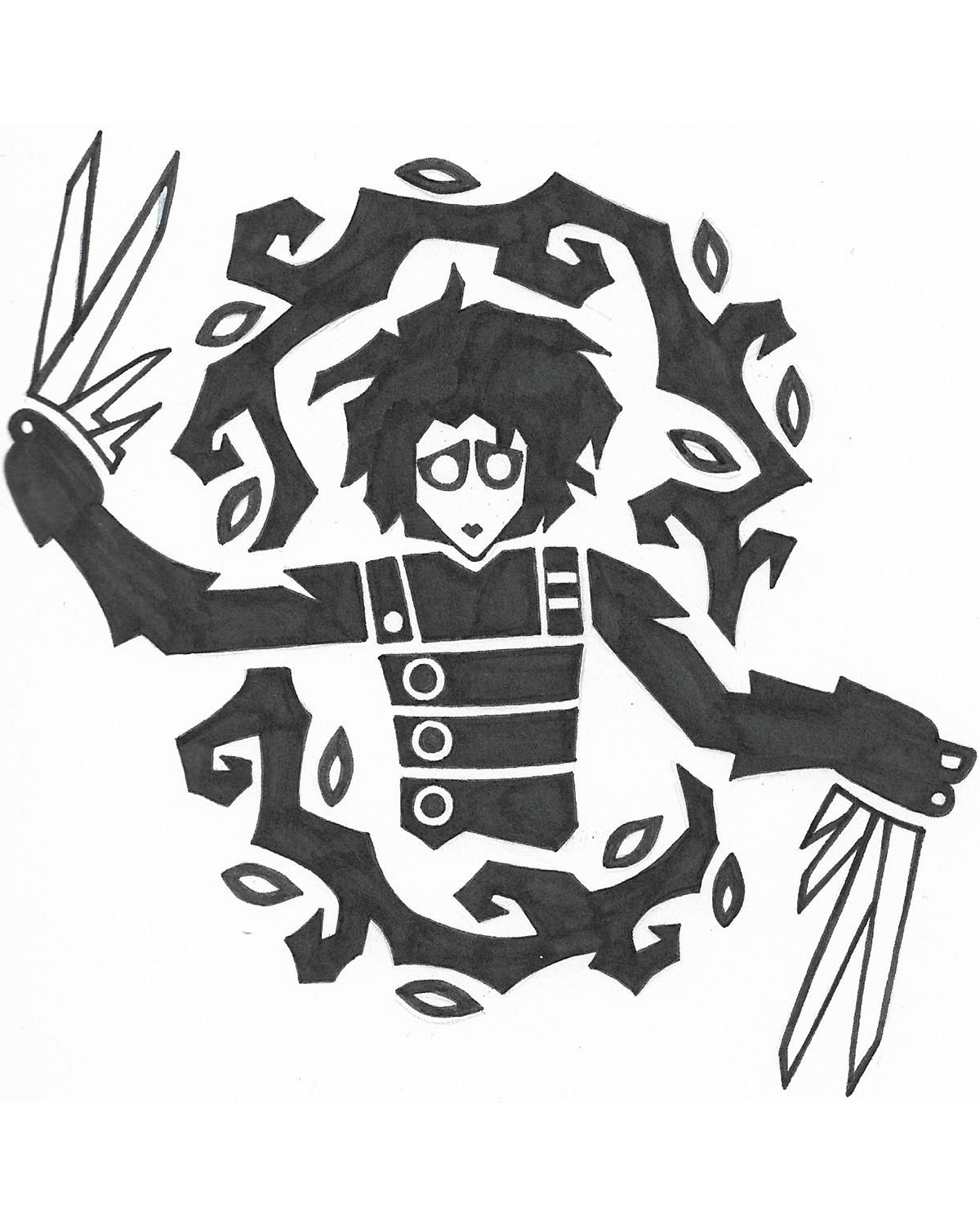